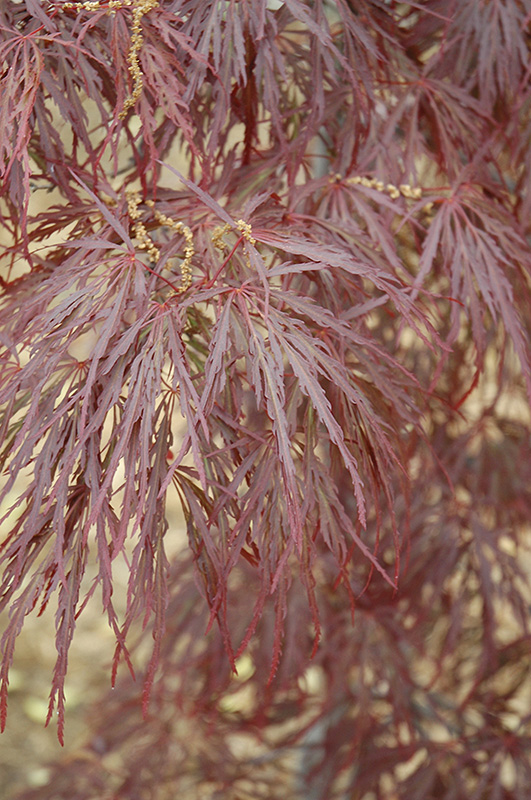 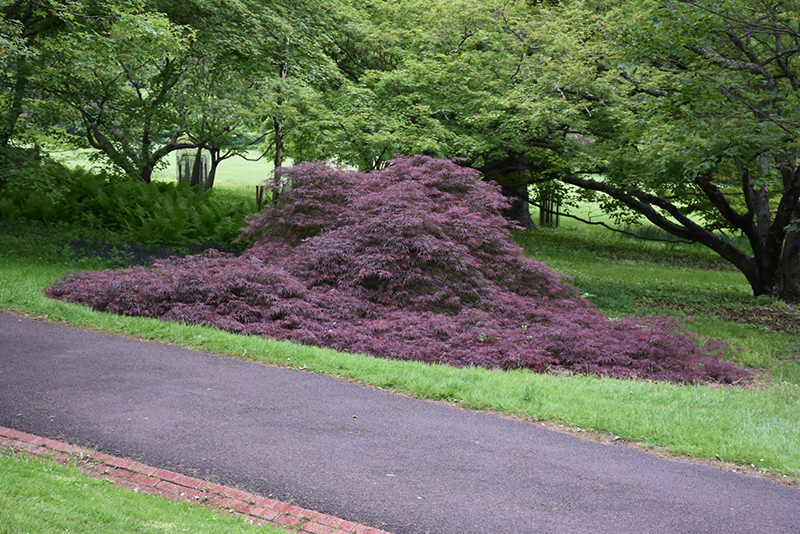 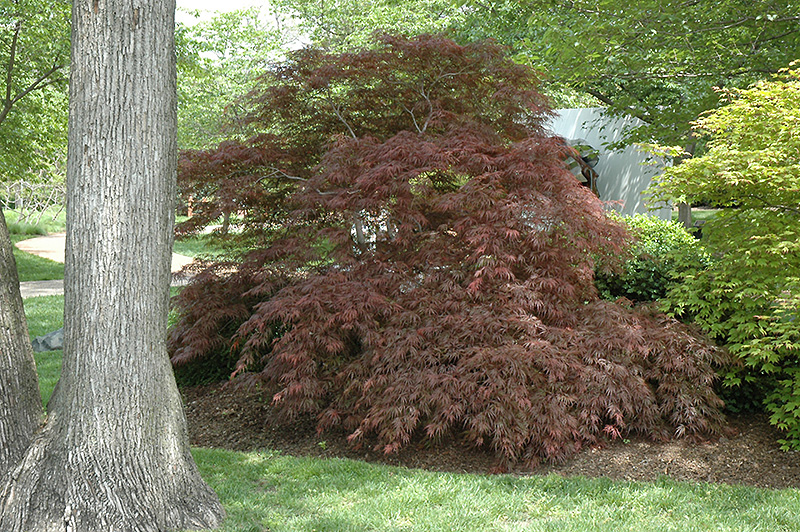 Delicate lacy leaves and cascading habit; foliage begins orange in spring, turning burgundy during summer with more hints of orange-red if grown in the sun, fiery fall color; Japanese maples are the most coveted of all small landscape trees

Garnet Cutleaf Japanese Maple has attractive burgundy foliage which emerges orange in spring. The small lobed palmate leaves are highly ornamental and turn an outstanding red in the fall. Neither the flowers nor the fruit are ornamentally significant.

Garnet Cutleaf Japanese Maple is a multi-stemmed deciduous shrub with a more or less rounded form. It lends an extremely fine and delicate texture to the landscape composition which can make it a great accent feature on this basis alone.

This is a relatively low maintenance shrub, and should only be pruned in summer after the leaves have fully developed, as it may 'bleed' sap if pruned in late winter or early spring. It has no significant negative characteristics.

Garnet Cutleaf Japanese Maple will grow to be about 10 feet tall at maturity, with a spread of 8 feet. It has a low canopy with a typical clearance of 1 foot from the ground, and is suitable for planting under power lines. It grows at a fast rate, and under ideal conditions can be expected to live for 60 years or more.

This shrub does best in full sun to partial shade. It prefers to grow in average to moist conditions, and shouldn't be allowed to dry out. It is not particular as to soil pH, but grows best in rich soils. It is somewhat tolerant of urban pollution, and will benefit from being planted in a relatively sheltered location. Consider applying a thick mulch around the root zone in winter to protect it in exposed locations or colder microclimates. This is a selected variety of a species not originally from North America.

Garnet Cutleaf Japanese Maple makes a fine choice for the outdoor landscape, but it is also well-suited for use in outdoor pots and containers. Because of its height, it is often used as a 'thriller' in the 'spiller-thriller-filler' container combination; plant it near the center of the pot, surrounded by smaller plants and those that spill over the edges. It is even sizeable enough that it can be grown alone in a suitable container. Note that when grown in a container, it may not perform exactly as indicated on the tag - this is to be expected. Also note that when growing plants in outdoor containers and baskets, they may require more frequent waterings than they would in the yard or garden. Be aware that in our climate, this plant may be too tender to survive the winter if left outdoors in a container. Contact our experts for more information on how to protect it over the winter months.