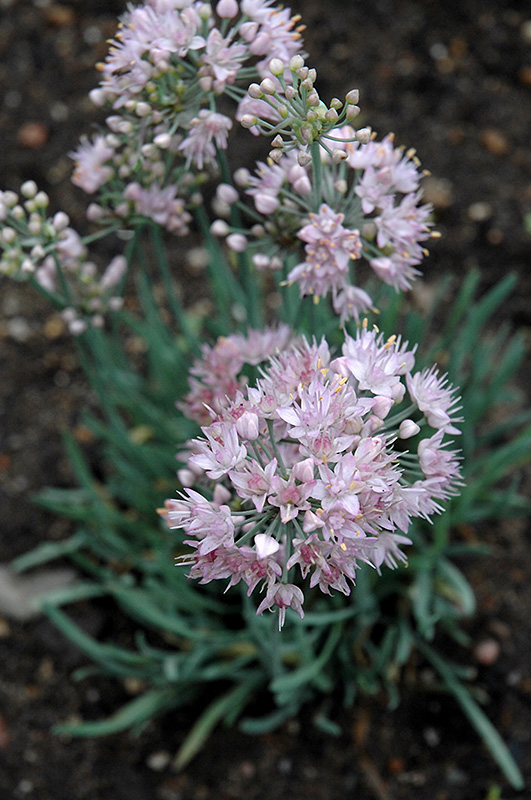 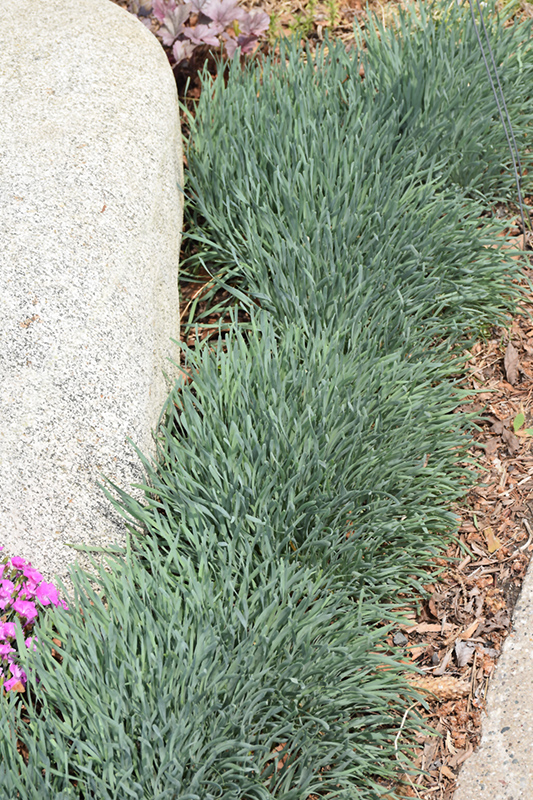 Blue Eddy Ornamental Onion has masses of beautiful balls of lilac purple flowers with pink overtones at the ends of the stems from late summer to early fall, which are most effective when planted in groupings. Its twisted grassy leaves remain bluish-green in color throughout the season. The fruit is not ornamentally significant.

Blue Eddy Ornamental Onion is an open herbaceous perennial with an upright spreading habit of growth. It brings an extremely fine and delicate texture to the garden composition and should be used to full effect.

This is a relatively low maintenance plant, and should only be pruned after flowering to avoid removing any of the current season's flowers. It is a good choice for attracting butterflies to your yard, but is not particularly attractive to deer who tend to leave it alone in favor of tastier treats. It has no significant negative characteristics.

Blue Eddy Ornamental Onion will grow to be only 6 inches tall at maturity extending to 12 inches tall with the flowers, with a spread of 12 inches. It grows at a medium rate, and under ideal conditions can be expected to live for approximately 5 years. As this plant tends to go dormant in summer, it is best interplanted with late-season bloomers to hide the dying foliage.

This plant does best in full sun to partial shade. It does best in average to evenly moist conditions, but will not tolerate standing water. It is not particular as to soil type or pH, and is able to handle environmental salt. It is highly tolerant of urban pollution and will even thrive in inner city environments. This is a selected variety of a species not originally from North America. It can be propagated by multiplication of the underground bulbs; however, as a cultivated variety, be aware that it may be subject to certain restrictions or prohibitions on propagation.