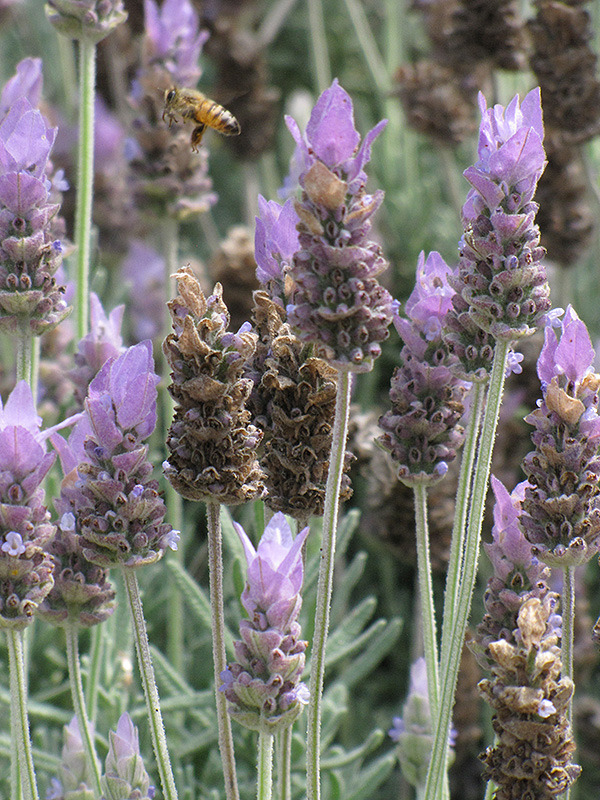 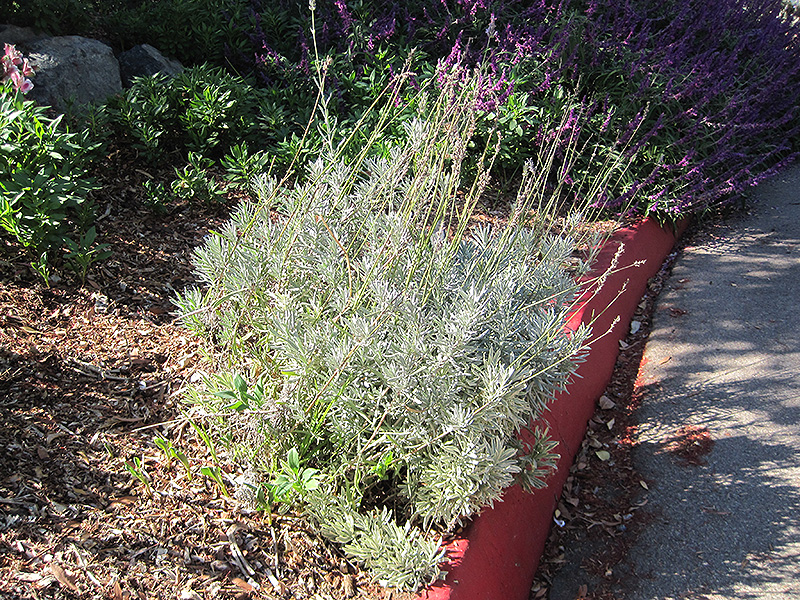 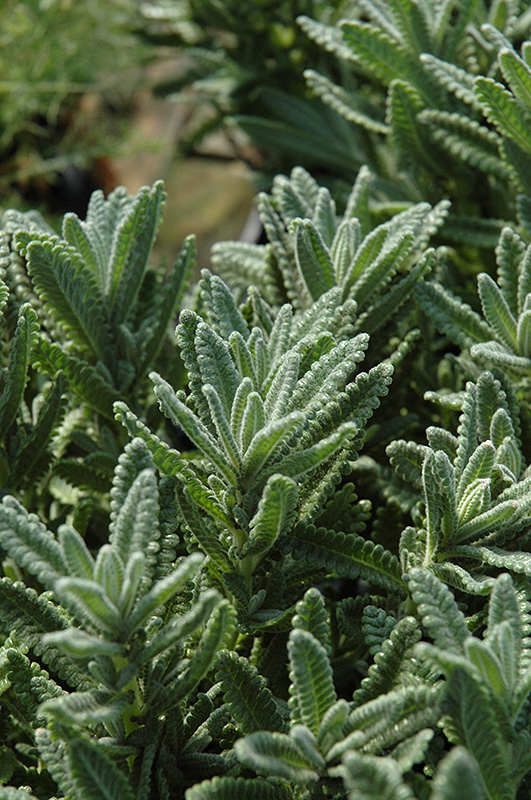 Ornamental. This is a large, fast growing lavender that has narrow gray downy leaves and large flowers with a pronounced camphor scent. NOT WINTER HARDY! Annual in northern Illinois.

French Lavender is an annual herb that is typically grown for its edible qualities. It produces which are harvested from late spring to late summer. The have a pleasant taste and a pleasant fragrance.

The are most often used in the following ways:

French Lavender will grow to be about 32 inches tall at maturity, with a spread of 4 feet. Its foliage tends to remain dense right to the ground, not requiring facer plants in front. Although it's not a true annual, this slow-growing plant can be expected to behave as an annual in our climate if left outdoors over the winter, usually needing replacement the following year. As such, gardeners should take into consideration that it will perform differently than it would in its native habitat.

This plant is typically grown in a designated herb garden. It should only be grown in full sunlight. It prefers dry to average moisture levels with very well-drained soil, and will often die in standing water. It is considered to be drought-tolerant, and thus makes an ideal choice for a low-water garden or xeriscape application. It is not particular as to soil type, but has a definite preference for alkaline soils, and is able to handle environmental salt. It is highly tolerant of urban pollution and will even thrive in inner city environments. This species is not originally from North America.

French Lavender is a good choice for the edible garden, but it is also well-suited for use in outdoor pots and containers. Because of its height, it is often used as a 'thriller' in the 'spiller-thriller-filler' container combination; plant it near the center of the pot, surrounded by smaller plants and those that spill over the edges. It is even sizeable enough that it can be grown alone in a suitable container. Note that when growing plants in outdoor containers and baskets, they may require more frequent waterings than they would in the yard or garden.